Menu
Learn with us
Any room for ‘sharing economy’ in your business model?

Is the world of commerce changing in a big way? 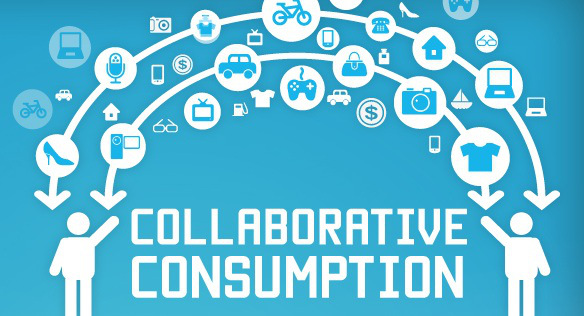 We are all well aware of the impact of online shopping on the traditional ways of retailing goods in the marketplace. How it has ripped through the profit margins & turnover of retailers who failed to move with the times and have an online e-commerce. Is technology bringing about another major change in the way to do business now or , in other words, is technology facilitating another major shift in traditional business practices?  You bet, it is. Read on…

Believe it or not, Facebook only appeared on the scene in 2004. This platform encouraged people to share their personal experiences with those close by and also in a remote part of the world. People began to share their personal stories and images with total strangers. Was this a new phenomenon or technology allowing us to go back to how humans interacted a long time ago? We were willing to share with total strangers and trust them with a lot of personal ‘stuff’. Could this be extended to sharing more personal possessions and homes now? You bet! AirBNB arrived on the scene in 2008.

Many people and businesses discarded it initially as a passing fad and one caused by the recent financial crisis where people had limited funds for luxuries. They believed that it would not catch on and people would not be willing to share with others and trust strangers. But many traditional businesses have been cannibalized with this new way of thinking and doing business.

The Generation Y (those reaching young adulthood around the year 2000) are the biggest consumers now and they, collectively, have a interesting new way of thinking. They prefer ‘freedom to chose’ and live anywhere over ‘being tied down’ in a job or ‘house’. The job market has totally changed in that people no longer work for the same employer for very long periods and hence don’t feel the need to ‘put their roots down’ in any specific location. They don’t like to ‘own things’ and prefer the option to rent, lease or ‘borrow’. People are also more environmentally aware and hence do not wish to own/possess more than is essential. Hence, the option to rent houses, designer clothes and shoes, cars, etc is preferred over the need to own them.

This has seen the appearance of online platform in almost every field of life to facilitate the sharing of goods among people.  For eg. the likes of Liftshare (in 1999), Uber (taxi service), Zipcar, Autosharing in the Transport Sector and likes of Etsy, eBay, Craigslist in Retail Sector, Airbnb & VRBO in accommodation, Handy and TaskRabbit in Skills sharing/Services and many Crowdfunding websites offering peer-to-peer Finance Services. You can even rent designer clothes and shoes through sites like
Rentez-Vous.

Such shifts have cannibalized many of the established businesses. Hotel industry is having to look at making significant changes to its offers. The big car manufacturers like BMW and Nissan have eyed up many tech startups and also changed their offerings. Google and UBER have teamed up to aggressively go into the ‘driverless car’ research production. Imagine the difference such a product can make to UBER’s costbase. The insurance industry has had to have major shifts in its underwriting policies as it has offered products based on individual ownership until now, which may become a very small proportion of the market in the near future.

Such platforms not only reflect and satisfy the desires of the new consumer, but they also offer an opportunity for the Business Person or the Service Provider as an avenue for sales of their product/service. It would benefit all business owners to identify the opportunity this shift in behaviours can offer to their business and if their own business model can be adapted to benefit from this shift.

Your brain might be buzzing with ideas you can implement to benefit from this seismic change in business behaviours. So go out and do it.

The painful evolution of the BTL industry

Healthy body for a healthy business?